SOVIET UNION DIPLOMATIC NOTES IN 1946 DISCUSSED IN THE ULUS NEWSPAPER

Relations between Turkey and the Soviet Union begin to regress right after the repeal of the ‘Friendship and Non-Agression Pact’ by the Soviet on March 19, 1945, which was signed between Turkey and the Soviet Union on December 17, 1925. As a result of the rejections of Turkey to the Soviet claims against the changing of the provisions concerning the Turkish-Soviet border, regime of the Straits and the Montreux Convention; the issue is transferred to be discussed in the Potsdam Conference. In the conference; the Soviet Union, England and America arrive at a concensus on the revision of the Montreux Convention according to the conditions of the day. It is also determined in the conference that each state is to report their opinions to Turkey on the matter. By making use of this, the Soviet sends two diplomatic notes to Turkey in 1946 as a means of pressure on Turkey. Some of the articles of these Soviet diplomatic notes regarding the new regime foreseen for the Straits are rejected by Turkey as well as America and England. In Turkey, both the ruling and the opposition parties react strongly against the Soviet diplomatic notes. These reactions are reflected in the Turkish press in a very intense manner. In this study, we are going to examine how the Ulus newspaper, as the official media organ of the government, handled and assessed these diplomatic notes in 1946. 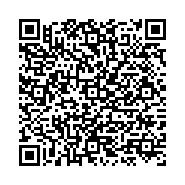