In this study, it was aimed to investigate the general attitudes of teachers towards e-learning based on several variables. The survey research method was utilized in this study, and the "Scale of General Attitude Towards E-Learning", which was developed by Haznedar and Baran (2012), and a Personal Information Form, to obtain required information about teachers, was used for data collection. The scale's Cronbach Alpha reliability coefficient was calculated as 0.93. The data of this research were obtained from teachers who served in 2014-2015 academic year in the Province of Bilecik, Turkey. The data obtained were analyzed with the SPSS 20 program. The independent-samples t-test and one way analysis of variance (ANOVA) technique was used for the analysis of the data. In addition, Scheffe and LCD post-hoc tests were applied in order to identify the source of difference at the end of the one-way ANOVA. As a result of the study, significant differences were found in general attitudes towards the e-learning, in terms of gender, educational level and the place of duty variables. No significant difference was found, however, in terms of branch and professional seniority variables. According to study findings, the avoidance from e-learning score of the teachers was found to be higher, and it was observed that teachers had developed negative attitudes towards e-learning. 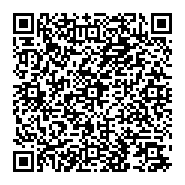