II. POLITICAL-SOCIAL AND TECHNICAL INVESTIGATION OF THE YILDIZ PHOTO ALBUMS DURING ABDULHAMID PERIOD

The meaning of the photo is literally means writing with the light. Because photographe is an expression reached from the ancient times and it is transferred as photographe with the combination of the words fotos: light, light - grafein: drawing, painting and writing. From this information, photography can be defined as controlling the light of objects and leaving a permanent mark on a surface with the help of some chemicals. Photography has been the contribution of many scientists and artists from the present day to the development of the art. At the beginning of the personages who are involved in the formation, promotion and development of photography art; Thomas Wedgwood, Sir John Herscel, Frans Joseph Nicephore Niepce, Louis Jacques Mande Daguerre, Hippolyte Bayard and William Henry Fox Talbot from England. In this study; II. The Political-Social and Technical Investigation of the Y?ld?z Photo Albums during the Abdülhamit Period will be analyzed through selected examples. From the Osmanl? sultans II. Abdulhamit's interest in fine arts, liking photography and his photographing have led to the development and expansion of photography. Indeed, II. Abdulhamit is a preferred administrator of visual writing. In this sense he said: "Every painting is an idea, a political feeling that can not be expressed with a hundred pages of writing suggests manners, for which I am an irrational leader, I take advantage of the pictures." He has expressed. The documentary image has played an important role in the future of political and social events. At this point, Y?ld?z Photo Albums, which provided the Osmanl? cultural heritage to be moved from the past to the present day, were supported by the Sultan II.Abdulhamit. As a result; Y?ld?z Albums gave information about the general appearance of the Empire and the movements of the Osmanl? Empire. These albums were made with the aim of attracting foreign societies and destroying negative opinions about the Ottoman Empire. 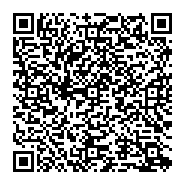