EFFECTS OF THE CONQUEST OF ISTANBUL ON OTTOMAN MOSQUE ARCHITECTURE

All governments and empires has a system similar to human body, when a happening occurs in any part of it, all other parts are also effected in big or small amounts. In the world history, military or political events continually redirect and changes the way of understanding of art and architecture. Wars, victories, governing people or person are the first and most to get affected from them. After the conversion, the outlook of the city suddenly changes. The group of people or person who has the power of governing, establishes big palaces or religious structures in order to send messages to their enemies and citizens. Or sometimes when an emperor loses his/her power of governing, s/he contructs such imposing structures, disregarding the limited budget of the government, in order to seek their bad reputution or to seek the hard position in which they are. This research explains Fatih Sultan Mehmet’s psychology after the Istanbul’s conquest and his point of view to the conquest and furthermore padishahs importance given to these kind of efforts and his aims in them. While these reconstructions were happening by his efforts, Byzantine architectures structure and psychological effects were also important. To wrap up Ottoman mosques before and after the conquest has been massively examined and contrasted with the sample mosques. Also given place to Mimar Sinan’s aims, which he used them to reach in his art works. And at the end, a general idea has been came out from the research informations. 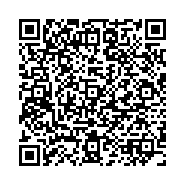