A lot of literary genres got into Turkish Literature with Tanzimat Reform era. Children/youth periodicals are the most important from those genres. At first, these periodicals started their publishing life with a lot of defects. Especially no consensus has been built on the concepts of “newspaper” and “magazine” and there is no certainty on whether the reader audience would be kids, adolescents or adults. But when these publications are evaluated in terms of context, they functioned to fill a very important gap for adolescents and kids. It is noticeable that, being a student is associated and used in “kid/adolescent” terms in the published periodicals. When the contexts of the magazines are examined, it can be seen that the contents are really similar to magazines and newspapers that are prepared for the youth. In this study, the concepts of adolescent/childhood will be taken into consideration and the child/youth periodicals from Tanzimat Reform era to Republic era will be generally evaluated in terms of structure and context. For this purpose; 1. The publishing policies of these publications, 2. The concordance of the publishing policy and the content, 3. The contents will be compared through the concepts of youth or childhood 4. The shape of the Children/youth magazine or journal (structure of the page, the lettering, the presentation and the design of the cover, its containing how many pages) will be evaluated. 5. it will be evaluated the differences and similarities between these periodicals. Thus, each periodical will be analyzed in its own period and the sense of humuor of that period will be presented, and the place and the process of humuor in the Turkish humuor publishing will be determined generally with the intervention of the four afor ementioned periodicals. Therefore, in means of periodicals, the progress of the “kid” and “youth” concepts starting with Tanzimat Reform era and on going in Republic era will be studied. 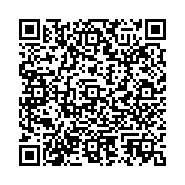