WOMEN IN POLITICS AND DECISION-MAKING IN ALBANIA: A QUALITATIVE ANALYSIS

In the last decades, women and gender issues have been climbing up the political and media agendas in Albania, like in many other countries. Regardless of reasons behind this trend, considerable changes in the Albanian legal framework regarding gender equality and women’s participation in politics and decision-making has currently drawn the attention towards this specific area of gender equality. Media and civil society have been important shaping factors in this context, especially in terms of recent legal provisions like the introduction of gender quotas in politics and decision-making. This paper maps their role by utilizing qualitative research methods to explore the opinion of specialist and successful women who have managed to become part of the political or decision-making life, or even those who have contributed through their activities in promoting women in this sphere. This paper finds that the issue of women’s representation and participation in politics and decisionmaking in Albania is no longer new. Media and civil society have played very important roles in encouraging and taking the debate forward. However, acknowledging the advancement in this respect, this paper also identifies that knowledge and awareness on this issue together with expectations about the future remains still superficial, sometimes even among experts. Although, the underrepresentation of women in this sphere is attributed to the difficulty in combining family with other responsibilities (including those related to politics and decision-making), the aggressiveness of the political arena in Albania, and the lack of support and strong ties that women experience within political structures and out of them, in the opinion of experts and women activists, the introduction of quotas along with the implementation of other measures to ensure a critical mass of women representation in politics and decision-making will help drastically in improving the situation of gender equality in this area. 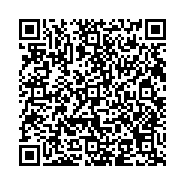