Totalitarian order exists in the two dystopian works included in the title. In such an order, the inequality of men and women, the alienation of the woman to the society and even to herself, and her acceptance of the situation by falling into a more incapable position are the remarkable elements. Dystopian writers make predictions about the dangers that the future holds based on their own period. In this context, Burdekin, who lived in the period of Hitler, predicted the dangers that may occur in the future as a result of Hitler's fascism's imposition on the position of the woman and unfortunately, most of these predictions started to be experienced in that period. Margaret Atwood also discussed what would happen in the 'Handmaid's Tale' if abortion was banned in America. Donald Trump's support for abortion after coming to power and banning abortion in some states since 2018 also shows how justified the author's predictions on this matter are. In this study, we will try to explain how the woman is turned into a 'birth machine' through objectification in a totalitarian regime by analyzing Katherine Burdekin's 'The Swastika Night' and Margaret Atwood's 'The Handmaid's Tale' also referring to some other dystopias 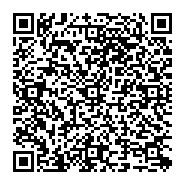