WHERE ANGELS FEAR TO TREAD BY E. M. FORSTER: THROUGH THE LENSES OF IDENTITY AND SOCIAL IDENTITY CRITICISM

The first novel written by E. M. Forster entitled Where Angels Fear to Tread unveils the secrecy of Edwardian period with its distinctive characters. Forster, as an intuitive novelist, creates a setting from different socio-cultural segments of the society by juxtaposing the characters from England and Italy. Through this novel, Forster proves that he has an inborn capacity for writing as a novelist because of the fact that not only his writing technique in terms of its freshness and directness but also his adoption of real-like characters plays a significant role in dealing with even the slightest and the most monotonous scenes in his novel. Thus, this study employs mimetic theory, which commonly deals with the fictional characters whose emotions, notions and thoughts are similar to those of human beings, while analysing the identity of the characters. Additionally, this study also employs identity and social identity criticisms in order to expose the identity of the characters in the novel. This study concludes that each character adopts the most advantageous role identity in the salience hierarchy. It also concludes that characters form their identities by taking into account support, commitment and rewards in the identity formation process as far as prominence hierarchy of identities is concerned. 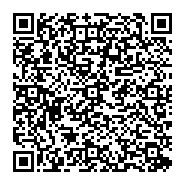