"WHEN THE HUMAN DIES, HIS/HER ACTIONS IN THE WORLD CONCLUDE; EXCEPT THREE TYPES OF HUMAN

Abstract The human models began to be shaped and categorized with the first known names of the humanity: such as the two sons of Adam, Cain and Abel. Revelation knowledge, which separated the universe as the world and afterlife, encouraged the human to act heavenly to turn the world into a paradise, and helped them abstain from hell-deserving actions. In other words, the facts of paradise and hell were designed for the goodness of this world, in a sense. Belief in resurrection after death can be simple for the individuals who are grown up in such a culture; however, there are barriers complicating the belief in resurrection after death in societies, which are deprived of this sense. Kur'an struggled through half of the revelation process in order to bring the Arabs of the pre-Islamic age of ignorance to that point, during this time-span two-third of Kur'an was revealed. The immortality desire of the mortal human must have been nested deep in his soul, since the devil trapped him by promising the "tree of immortality" (Taha, 20/120), in other words promising an eternal life. Human being should be in 'an effort to keep others alive' while living; however, the horizons are open to live even after death. While saying "What I left nothing except this headstone?" in the cultures with a tradition of grave, actually the human tries to manifest the desire for an eternal life even after all of the humanity is dead. Belief, in general, has a dominant role in this issue. When the history of the humanity is examined, it is observed that the most artistic structures are that of the temples, whatever the religion is-whether with a book or not. The model human types are presented in Kur'an and Sunnah. Inspiring from this, the companions of the prophet Muhammad (peace be upon him), have designed different models in their era. These vary according to the time period, location, sect, and spirit. We will only focus on the human model "who wants to live after death". These are the human types, who believe in the afterlife, but at the same time, who are struggling to turn the world into a paradise. Firstly, with reference to the verse "Whoever breaks a fresh ground in Islam, and gains followers in this road, this individual will acquire merit as much as the followers' gained rewards. And nothing will lessen from the rewards of the followers." (Müslim, “?lim” 15) the ones who present something good have continuous reward. We will try to bring the model human type of Islam to our age theoretically, with reference to the hadith "When the human being dies, his/her actions in the world conclude; however, actions continue of the ones who left behind sadaka-i câriye, (the information left behind and production based-on it, and a child left behind on the world who prays or makes others pray) (Müslim, “Vasiyye”, 14), which particularly leads the Muslim human type The academic aspect of the issue will not let us stay in this point, therefore, we will continue with the idea of Ibn Hibban (death 965), which was repeated for various reasons in his Sahih, "these listed, are the main actions, there are much further". We will try to manifest the human type struggling to catch the highest quality, (Buharî, “?man” 37; Müslim, “?man” 1, 5, 7) that is the benevolence. It is because these items include the formulas of living after death. Although the religion is a powerful phenomenon, it cannot alone provide success in realization of this model; this human type appears when the other necessary conditions are developed. Just as an experiment becoming futile due to the absence of one factor. Here, in order to struggle to develop the relevant conditions, it is necessary to learn about what they are. The knowledge and an atmosphere preserving this knowledge is also necessary. Accordingly, Ibn Sina (death 1037) was narrated to mention "Science migrates from the place where it is not appreciated." Generating this human type in our age can only be possible with the actions in accordance with the narration of return of the science, which has migrated from the countries with Muslim population for several centuries. It is necessary to firstly do self-criticism and act accordingly in order to regain the thought "if you believe; you are the superior" (Ali-?mran 3/139) that we lost from our minds, and "to take our lost stuff, wisdom, from the place where we lost it". In order to achieve that, there are "milestones" in fields such as history, geography, architecture, etc 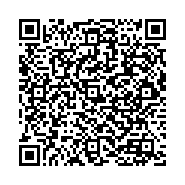