Graham Swift, English novelist and short story writer, when he studied as a university student at Cambridge University, went to Fensland which is the subject of his novel in Waterland (1983) and had knowledge about Fensland and the people living in this region. In the novel, Swift tells the history of Tom Crick, a teacher of history, his ancestors, Cricks and Atkinsons, and Fensland, in which his ancestors had lived for centuries. The most remarkable points in the novel are the lives of Cricks who are called as “water people” who lived a life in touch with nature and the lives of Atkinson who are called as “land people” who lived a life in struggle against nature. The relationships of the people in Fensland, especially the ancestors of Tom Crick, with nature, their struggle against nature to gain land for agricultural purposes, and their efforts to protect the lands which they obtained are told in the novel. From this point of view, some important events which profoundly influenced the world such as French Revolution, First and Second World Wars, American Independence War do not interest the people in Fensland very much. The only thing that they concern is their struggle against the nature. In this study the relationship between human beings and nature in Waterland will be discussed with an ecocritical point of view. 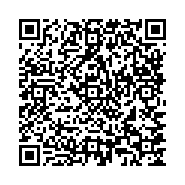