Societies’ being sure about their future and being able to plan it depends on improving themselves in all areas of life especially in knowledge and thought, and also protecting their cultural heritage benefitting from it. It is a historic ad sociological fact that societies which couldn’t save their cultural values have been influenced by sovereign cultures and have been erased from the pages of history. In this context, we should present our own cultural heritage with its all authenticity and provide new generations with its benefits. One of the most significant elements of our cultural heritage is great characters grown up with our pure values. Teacher Muhammad Lutfi of Erzurum (Efe of Alvar) is among those famous men of knowledge, thought and heart in the last period of Ottoman Empire as one of the most significant representative of Khalidi/Kufravi branch in Naqshiband genealogy. We can see many different kinds of sufi and taqqa literatüre in “Hulasat-ul Hakay?k” (Summary of Tuths) the work of Muhammad Lutfi of Erzurum such as masnavi, legend, elegy, prayer, mani (a kind of Turkish folk poem), lyric poem and the Nativity poem for Prophet Muhammad. These poems include many religious, of knowledge and thought, and sufi truths. In our paper the traditions making the subject subject matter of Lutfi’s poems will be identified and evaluated. As a result, we will try to reach main sources of his love for Prophet Muhammad (upon him be peace and blessings) which is a very important dimension of Lutfi’s sufi aspect. 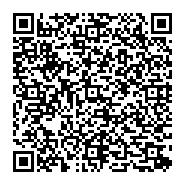