USE OF ADVERTISING IN RADIO PROGRAMS: EVALUATION OF RADIO ADVERTISEMENTS FROM THE PERSPECTIVE OF PROGRAMMERS

As one of the convencional media mediums, the radio continues its influence on masses today. In this study in radio advertising to use the programmers (DJs) in Turkey reveals current problems and approaches, taking the perspective.. With the integration of social media applications into media circles, radio program content and presentations have also changed. This change is a reflection on radio advertisements. Data were gathered by programmers with in-depth resting rates and in-depth interviewing method, and the obtained data were evaluated using the computer-aided NVivo Qualitative Data Analysis Program. The research revealed the importance of social media applications in measuring radio listening rates. It has also been observed that social media applications are mainly used for institutional promotion by radio stations and DJs. It has also been found that long-run commercial broadcasts have distracted listeners from program content. In the study, it is emphasized that changing advertising practices are effectively incorporated into program content by using creative techniques by programmers. 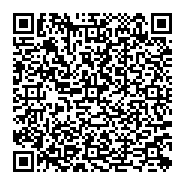