Hatai" Traditional Decorative Arts, especially illumination, ceramics, textile art and has an important place in the bookbinding and is a widely used motif types. Chinese-Turkestan and Central Asian origin, which often roots to the degree that stylized flower and leaf motifs "hatai" as a whole. With a long history dating back centuries before the "hatai", and often used as a motif drawn symmetrically formed by the vertical section of stylized flowers in nature. Hatai motif; Turkish Bookbinding Art, especially as an important decorative elements used in manuscript bookbinding. Considering the historical development of Turkish Bookbinding Art; especially during the Ottoman Period, manuscripts bookbinding of the "?emse", "kö?ebent" and "bordure" of parts of the hatai decorated motifs are being used extensively as an important decorative elements. This study is located in Ankara; T.C. Prime Ministry General Directorate of Foundations "Foundation Records Archive in", located in Kütahya Province; T. C. Ministry of Culture and Tourism, "Vahit Pa?a Manuscript Library" and in the province of Kütahya Tav?anli district in “Tav?anl? Zeytino?lu County Public Library" it was carried out. Records Archives and Manuscripts Institute Foundation, according to data contained in the inventory archives; the investigation it was determined that the manuscripts have survived from the Ottoman period. The scope of work; ?t was found in those institutions, Turkish Leather Art and representing the work of Turkish Decorative Arts and manuscript bookbindings which is located in the exclusive nature of national heritage monuments were examined. Leather bookbindings; ?emse, kö?ebent and sections of the bordure applied to the technical, decorations and motifs were examined in terms of features, especially "?emse motif" that was created using a "?emse" samples were determined. Hatai and other auxiliary patterns, which motifs adorned with the use of leather bookbinding sample 14; the material used in the construction and decoration, construction and finishing techniques, motifs and decorations were examined in terms of composition and motifs such works have been described and documented with detailed photographs.In addition, the manuscripts in question; Accordingly, information concerning the qualitative characteristics such as time and trace the names to which they belong, the data found in the archives of the relevant institutions organized on the basis of inventory and explained. 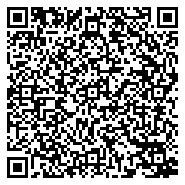