We can say that the general disorder emerging as the result of the wars in the early periods of Turkish invasions limited trade opportunities temporarily. But if we consider the events at the beginning of XIIIth century, especially the invasion of ?stanbul by Latins, we come across an exactly opposite situation. Although not entirely actualized, due to the integration with the Muslim world on one hand and the construction of Seljukian palace and important centres inside the country on the other hand, Turkish invasions have led to the development of trade. According to Alesio Bombaci, the primary financial activity in Seljukian country emphasized on trade. At the end of XIIth century, sultans, emirs and rich people made great effort for the development of international trade in the country. Merchants from Konya went to ?stanbul and shopped from there and visited Saint Mihail fair in Chonae. Teodora Lamenti who died in 1332 described Anatolia as a country without anything missing from vital materials to luxury in the requiems for Anatolia. In Seljukian Turkey, plenty of grains were produced both for human needs and for the great number of animals fed. Firstly, many vineyards and gardens were present in Seljukian Turkey and lots of fruits were grown there. Also plenty of different fabrics, wools, metals, salts, slaves and concubines were among the things exported from the country. Industrial products, glass, textile materials, metals and metalware, war materials, jewels, musical instruments, slaves and concubines, furs and animal products and foodstuff, especially sugar, were among the stuff imported. 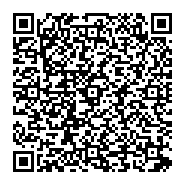