In terms of tourism, concepts such as sun, shore, sea, beach, relaxation and entertainment come to mind first in society. Such a perception has been formed in the history of tourism for many years, and this perception has been up to date. These elements are tourism indispensable elements. Tourism, however, is not just a collection of events that are all that. It is not right to imprison these narrow hearts as a tourism destination in a country like Hele Turkey where the most ideal climate of the world is seen, unique natural, historical and cultural values The Anatolian lands, which are located in the Middle Belt, have been the scene of intensive population mobility and settlement activities in every period of human history. Its strategic location, its favorable climate (taking its place among the old world wonders), its rich underground and superficial resources, and the fact that it is in the center of transportation between the continents is an important reason for this movement. Kilis, which is located on a transition area between Mesopotamia and Anatolia, where deeprooted civilizations are experienced, is one of the regions where these characteristics are reflected intensively as a part of the Anatolian geography. Kilis, one of the smallest in Turkey in terms of population and surface area, soon became a province of Gaziantep and first became a province in 1990 and became a 79th province.Although it has a small surface area, it has a great potential in tourism area and it has remarkable features especially in alternative tourism area. The aim of this study is to draw attention to the fact that traditional activities of tourism activities are not limited activities such as sun, sea, sand, hotel, It emphasizes the necessity of not being confined to limited areas in a geographical area where almost every corner like Turkey is filled with rich natural, historical, social and cultural tourism values. In this context, even in a small border town that is not well known as Kilis, it attracts attention to the presence of an amazing tourism potential and contributes to bringing alternative tourism varieties to the forefront. 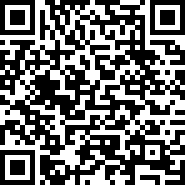