Turkish and Arab people are two nations that lived together in the Ottoman Empire Administration at a long time period. This association deteriorated at close time to collapse of the Ottoman Empire due to political reasons. the Republic of Turkey new founded after the Turkish War of Independence head towards Western. Especially, Turkish and Arab countries broke with social, cultural and political life areas at shadow of the negative Arab image at early years of the Republic of Turkey. This situation kept on until beginning of the period 2000. The convergences at economic, political and military areas between Turkey with Arab countries at the last years have caused intensive Arab tourism in Turkey. Arab tourists have been seen a lot of cities except for big cities at the present time. In addition to this, Arab tourists have had landed property and they have lived in Turkey at a period of time of a year. There are some changes at Turkish - Arab relations in political area in recent years. At the same time these changes have started at social and cultural areas. Aim of the study is to determine how changing Arab image is represented in newspapers as depending on convergence between the two societies. For this purpose, the news of local newspapers in Trabzon city where Arab tourists have repeatedly visited were made research topic in this paper. Results of the study have represented that economic area of Arab tourism have effected to news framing. Also, Arab image was positively represented in news according to the results of the study. 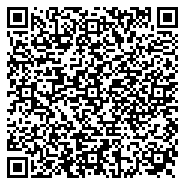