From the past to the present, many political, economic, and social crises around the world, as well as the natural disasters occurring in the deep impact on societies and most of the time it is seen that individuals are engaged in each other. In particular, the interventions to destroy the unity and solidarity of a nation in a socio-political context have often caused a negative reaction in large sections of society. Parallel to this, the national unity and solidarity that individuals have in the institutional level is also found in the communication studies of brands. Hence, the scope of work of the four corporate ads banking sector banks operating in Turkey was analyzed by semiotic method. As advertising message appeals; it has been determined that text, visual and sounds are used for concepts such as national unity and togetherness, national values, homeland, nation, flag, land, culture, deep-rooted history consciousness, traditions, and struggle together. 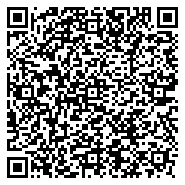