THE THESES OF MURRAY BOOKCHIN WITHIN THE CONTEXT OF URBANIZATION AND ENVIRONMENTAL SOCIOLOGY, AND CRITICAL APPROACHES TO THE DIYARBAKIR METROPOLITAN MUNICIPALITY

The concepts of urbanization and environment, which are different but in similar meanings and we never separate from each other, have been maintaining their importance as the current agenda items of sociology. These two approaches, which are lectured as major classes, urban sociology and environmental sociology, are of great importance for the society to remain functional because of constituting important sides of daily life. Due to their concepts’ characteristic of applicability, urban and environmental sociology that are effective in a lot of socio-politic and socio-cultural area starting from the formation of the people to the development of the city, from constitution of the architecture to preservation of the history; should be reconsidered and reanalyzed from modern to postmodern period. However, as these two formations, which are among the basic subjects of the sociology, have the specialty of being formed according to political ideologies, serious problems may be encountered at the implementation process. As a thinker who problematizes and argues this situation, Murry Bookchin has put forward combining ecological environmentalism and urbanization system with the sociological system as a theory and has argued the applicability of this theory. However, these alleged theses were neither accepted by communist nor by anarchists, on the contrary they received considerable criticism. Yet, Bookchin's reinterpretation has come out as an idea; and this interpretation has not been initiated from Europe, the other way around, it has started from Turkey and it was especially supported by the municipalities of BDP/HDP (People's Democracy Party) concerning its applicability. And our purpose in this study is discussing Murry Bookchin's views on urbanization and the environment through the Diyarbakir Metropolitan Municipality; and presenting the Municipality’s discourses from Federalism to Self-Governing, from Democratic Confederalism to the understanding Feminist Kurdish women, from Ecological organization to Dialectic Naturism, and from People’s Assemblies to Canton statements, and their effort of misdirecting the Kurdish question via these theses in a critical sociological perspective. 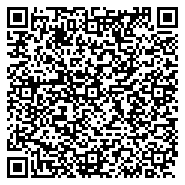