THE STUDY OF IMPROVING PERSPECTIVE SCALE FOR SYRIANS

In this study, it was aimed to develop a scale that reveals the points of view of the secondary school students in the process of culturalization. The study group of this research was consisted of 656 secondary school students in the secondary education institutions in Tokat in the academic year of 2016-2017 and 352 male and 304 female students studying at different grade levels. The data of the study was determined by the 30-item Perspective Scale for Syrian after expert opinions. Explanatory factor analysis was applied to these collected data. It was seen that the scale was collected under four factors: negative thoughts, positive contribution, basic rights and cultural items. Confirmatory factor analysis was applied with these four factors by using AMOS 23 package program. As a result of the analyzes, 24 items which were provided with construct validity were placed in the last situation of scale. Cronbach Alpha internal consistency coefficient of the scale was found out .90 points. Equal length Spearman-Brown coefficient was identified .81 points, Unequal Spearman-Brown coefficient was identified .81 points and Guttman Two The semi-coefficient was .81, too. 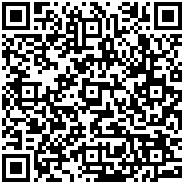