THE STORY OF SHEIKH SANAN IN THE MESNEVIS BY ATTAR, GULSEHRI AND ALI SIR NEVAI IN THE CONTEXT OF THE REPRODUCTION OF TRADITION

Travel is one of the frequently used motifs as it collects the rings of events in a particular pattern in mesnevis, increases the interest and concern of the reader by adding motion to the content and can be adapted to many Sufi, human and didactic questions. While this motif is in the background in some mesnevis or in the form of a ring of events within the mesnevi, it bears the importance of being one of the fundamental elements of the mesnevi in some others. Essentially incorporated into the works in order to exemplify the idea that the lover should waive even his religious faith for the sake of his love, the story of Sheikh San’an has been both an element of support and of literary association for poets. In this context, the Sheikh San’an story in Attar’s Mantiq al-Tayr and the Sheikh San’an stories in Gül?ehri’s Mantiq al-Tayr and Ali ?ir Nevai’s Lisan al-Tayr have been put into comparison according to pre-determined criteria of content. 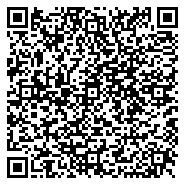