THE RUSSIAN CONSTITUENT ASSEMBLY: ITS HISTORICAL DEVELOPMENT AND ABROGATED BY THE BOLSHEVIKS

The French Revolution represents a new beginning in history of Europe. It has been caused to spread reformist ideas in Russia like other part of the world. Therefore, since the beginning of the 19th century, some of the Russian aristocrats who affected by the revolution, struggled for equality, human rights, democracy and constitutional order and also they demanded overthrow the Tsarist regime and the country rules by a parliamentary system of government. The beginning of the 20th century in Russia, these ideas were emphasized evidently in all political parties’ programs. After the February Revolution, the Caretaker Government decided to go to election for the Constituent Assembly. However, on the spring of 1917, the government was changed after the October Revolution and Bolsheviks came to power. They didn't obstruct the elections, even though they were unwilling about that. But the elections results were unexpected for them. For this reason, they abrogated the Constituent Assembly and they hampered Russia's democratic development. In this study, it is examined to emerge the idea of Constituent Assembly in Russia, between two revolutions approach of the parties about the Constituent Assembly and about Bolsheviks abrogated the assembly. 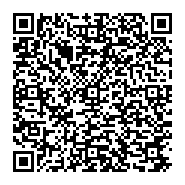