THE ROLE OF SHEIKH MUHAMMAD ABDULLAH IN THE KASHMIR ISSUE: IS HE TRAITOR OR HERO?

The Kashmir issue was born with the formal partition of India in 1947 and the establishment of Pakistan and has directly affected the relations of the two countries in the process up to the present day. Sheikh Muhammad Abdullah, one of the Kashmiri Muslims, has been involved in the Kashmir issue from the moment he entered politics and played an active role in the future planning of this region. Sheikh Abdullah, who opposed the establishment of an Islamic state in Kashmir and refused to join the Pakistan State, preferred to pursue a policy under the direction of India and adopted the secularist management approach. This attitude of Sheikh Abdullah led to the birth of two opposite poles among Muslims from Kashmir, those who are loyal to the Pakistani ideology, who are willing to join this country, or those who want to join India under the united idea of united India. This crack created by Sheikh Abdullah among Muslims caused Kashmir to separate from Pakistan based on religion and join secularist India with a problematic agreement text. The policies that Sheikh Abdullah pursued in the process of division are still being discussed even today, and questions are asked whether Sheikh Abdullah is a traitor or a hero in the Kashmir issue. 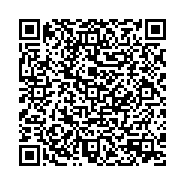