THE RELATIONSH?P BETWEEN BOREDOM OF PRESCHOOL TEACHER CANDIDATES AND MOBILE PHONE DEPRIVATIONS

While it is known that factors such as depression, anxiety, and mood disorders are associated with smartphone addiction, little information is available in the literature about the variables that mediate these relationships. Therefore, in this study, the effect of boredom tendency on mobile phone withdrawal was investigated. In the research, it was aimed to reach the whole study group, which did not go for sampling based on the principle of volunteering. The research is in the pre-school education department in the fall semester of 2019 1.2.3. It was carried out with students who continue their education in the 4th and 4th grades. In the study carried out using the relational research model, the pre- primary school pre-service teachers' boredom tendency and mobile phone deprivation (Nomophobia) were investigated. Two different scales were used to collect the research data. Mobile scale developed by Erden, Türen and Kalk?n (2017) to determine students' boredom tendencies with the scale of boredom tendency developed by Vodanovich, Wallece and Kas (2005) and adapted to Turkish. phone deprivation (Nomophobia) scale was used. While analyzing the obtained data, linear regression analysis was made with descriptive analyzes. As a result of the analysis, it was concluded that teacher candidates' boredom tendencies predicted mobile phone deprivation levels. In particular, it was found that the variables of intrinsic stimulation and extrinsic stimulation sub-dimensions of boredom tendencies significantly predicted the factor of not being able to access information and that the extrinsic stimulation factor significantly predicted the factor of not being online from the sub-dimensions of the distress tendency scale. As a result, it has been concluded that the effect of external stimulation on mobile phone deprivation (Nomophobia) is more determinant and directs the individual in the tendency to boredom. Therefore, it can be said that this situation creates anxiety in the individual and leads to more phone usage 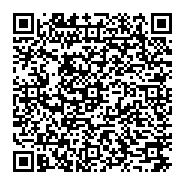