The North Atlantic Oscillation (NAO) is the most important atmospheric circulation which controls short and long term precipitation variability in Mediterranean basin. The aim of the study is to investigate the influence of the NAO on precipitation in Izmir, Western Anatolia and Ankara, Central Anatolia. For this reason, in the study, the annual and winter precipitation time series were examined on the basis of measurements of 5 surface stations in the each province for the period 1965– 2011. The relationship between precipitation variability and the North Atlantic Oscillation Index (NAOI ) was examined using correlation analysis. Statistical significance of the correlation coefficients has also been checked by the Student’s t test. The findings of the analysis showed that statistically significant (95% confidence level) negative correlation between annual precipitation and NAOI. The winter relationships were also statistically significant at 95% CL except Izmir, Cesme and Selcuk stations of the Izmir province. These stations are characteristic with a Mediterranean maritime climate. From the analysis, it also is seen that there is close relationship between NAOI and wet (early 1970s, early 1980s and late 2000s) and dry (1982-19984, and throughout 1990s and 2000s) periods. Based on the results, it can be said that the relationship between precipitation and NOA should be taken into account in the future climate modeling in Western/Central Anatolia. 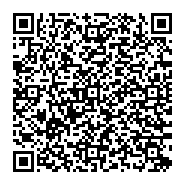