The study was conducted to reveal the relationship between the empathic skill levels of mothers and the self-regulation skills of their children attending pre-school education institutions. In this context, the research was carried out with 103 children and their mothers attending kindergartens and official independent kindergartens of official primary schools in Suruç district of ?anl?urfa province. In obtaining data in the research; General Information Form for Children in order to reach necessary information about mothers and children; Self-Regulation Skill Scale was used to determine children's self-regulation skills and Empathic Skill Scale was used to measure mothers' empathic skills. The data obtained were analyzed in the SPPS package program according to the number of categories of independent variables, t test and One Way Variance Analysis (ANOVA) for independent samples; Tukey HSD test was used to examine group differences in significant differences. Relationships between variables were investigated with the Pearson Moments Product Correlation Coefficient. According to the research result, it was revealed that self-regulation skills make a statistically significant difference according to the gender of the child. In addition, a positive relationship was found between self-regulation skills of the mothers and empathy skills of the mothers. 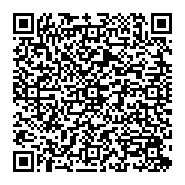