THE RELATIONSHIP BETWEEN INTERPERSONAL CONFLICTS AND LIFE SATISFACTION: STUDY ON UNIVERSITY STUDENTS 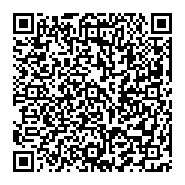