THE PROCESS OF THE POVERTY IN THE WORLD AND IN TURKEY

The 19th century was a period during which important changes and transformations took place in the world besides the Industrial Revolution. Together with the Industrial Revolution, many hoped that the social problems that continued would be eradicated. However, it deepened the existing problems and added new ones onto the list let alone eradicating the former ones. Therefore, the developments following the Industrial Revolution became the source of the problems instead of solving them. Poverty, top on list of social problems and the topic of this paper, is one of the fundamental problems of the world and Turkey alike. After the Industrial Revolution, the poor countries got even poorer while the rich ones got richer. The percentage of what the poor countries get from the wealth of the world is decreasing day by day while that of the rich countries is increasing, which led to the deepening of the inequality in the distribution of wealth. When the 2010 and 2013 GNP’s of the ten poorest countries with that of the richest ten countries, it is seen that the income of the poor countries increased about 100-200 USD while the increase in the incomes of the rich countries was about 10.000 USD. In this paper, we aim to reveal the dimensions of poverty in the world and Turkey and put a different perspective of the subject. 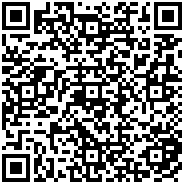