THE POSSIBILITY OF THIRD ROAD AS ISLAM IN ALIJA THOUGHT

Human have ability of thinking, thus it enables us to see the history as of human’s thought history. Every each human is different; therefore it forms the basis of intellectual diversity. In this context, until today the numerous idea attempts have been occurred about human being. And the history of thought has transferred to us the main species and also that can be recorded one. Human, thoughts and stating views regarding God and the nature of faith, synthesis up to reductionist assessments, and also it extended the positive and negative sense of almost all endpoints. Alija Izetbegovic, although he has a broad of diversity which is equivalent any other human rate but all ideas, doctrines or beliefs of considers of him that it is possible to collect in the three groups. He deeply analysis the religious, materialism and Islam and classification these as his worldview, hence as well as his political identity, intellectual and philosophical accumulation of Alija is led to the people attention. In this study, will analyze the as opposed to thought and belief of dualistic structure with a particular emphasis on human and only one of the basic qualities of life; and also the Alija's argument that the third and most reasonable way is Islam. 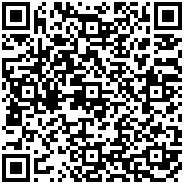