THE POLITCAL ECOMOMY OF POSTMODERN TV AND ITS AUDIENCE: EXAMPLE OF "??TE BEN?M ST?L?M"

The postmodernity has been considered mostly as a controversial discourse at epistemological and methodological level since the end of 1970’s. As the notion itself has various cultural, socio-political and/or economical aspects, it’s generally seem to be characterized by the decline of meta-narratives (like grand theories, rules and/or norms etc.), fragmentation of modern subjectindividual, and transformation of industrial age in behalf of developing concepts and practices like multiple-subject, minor-narratives, post-fordism, and neo-liberalism (mobilization of work, education, politics and social integration). The postmodern television having the aim to respond to these demands developed some crucial strategies mostly regarding its audiences while benefiting from the opportunities that neo-liberal economy and new communication technologies have provided.. Departing from a critical perspective oriented by political economy and cultural studies highlighted by Golding and Murdock, this paper aims in general to provide a better understanding of this new “audiencehood” in order to unveil the ideologies of postmodern television by analysing descriptively a Turkish TV program called “??te Benim Stilim (Voila This is my style!)”. 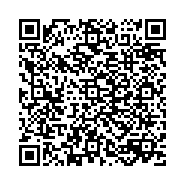