With the proclamation of the Tanzimat Edict the Ottoman intellectuals have entered effect on Western civilization. Ahmet Mithat Efendi is one of these well-known intellectuals of Tanzimat period. The main purpose of this study is to analyze the effects of Ahmet Mithat’s philosophical readings by giving reference to the series of stories called Letaif-I Rivayat. In the study, Aristotelian philosophy of nature was brushed shortly. And its effects in Letaif-i Rivayat were shown. The western thought about “Law of Nature” was examined and then the reflections of it were found in Letaif-i Rivayat. The influence of Rousseau about the nature perceived by the Ottoman intellectual Ahmet Mithat Efendi was explained. In addition to this, it was analyzed how Ahmet Mithat reflected Ibn Arabi’s system of the unity of existence with the help of his story characters. The radical change of Ahmet Mithat’s philosophical and religious view was designated by giving examples from Letaif-i Rivayat. 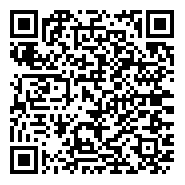