Interest in old age, which is an important stage in human life, can be based on very old dates. However, despite this interest, until the last century, there has not been sufficient information in this area. The fact that old age brings many problems especially in industrialized countries and the elderly population reach serious dimensions has brought along the examination of the phenomenon of old age. The rapid increase in the rate of elderly population in our country and the fact that problems of old age cannot be solved in the family have caused an increase in the number of gerontological studies. Cultural traces of societies are reflected in social life. Therefore, attitudes towards aging vary from one society to another, and these attitudes affect elderly health. The meanings attributed to old age cause the weakening of social ties and cause the elderly to move away from society. Some researches on young people show that young individuals have some misconceptions about older people and old age. The aim of this study was to investigate the elderly attitudes of university students and to determine some factors affecting the perception of old age. In this context, data were obtained by using questionnaire form and Elder Discrimination Attitude Scale (YATÖ) for socio-demagnetic data. As a result of the study, it was found that there was no difference in the perception of old age among the individuals who were living at home and those who were 65 years old and above, and the students 'perception of old age was not affected by socio-demographic variables and the students' attitude towards older discrimination was higher than the middle level. 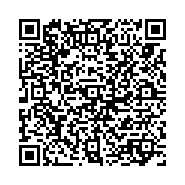