THE ORIGIN AND MEANING OF THE NOUN ?AZERBAYCAN?

Emerged as a geographical name, the word “Azerbaycan” became a people name by gaining a political and ethnical attribute from the beginning of 20th century. Historians, man of letters and linguists have made numerous allegations concerning the origin and meaning of this word. However, a general consensus has not been reached. In order to trace the etymological track of the word “Azerbaycan”, this study has investigated the allegations made so far. Then, it was endeavoured to determine the origin and meaning of the word by investigating the tribes lived in “Azerbaycan” region from B.C. onwards, and by investigating the pronunciations of “Azerbaycan” and “Azeri” words in contemporary Azerbaijani Turkish. In conclusion, as a compound word comprised of “hazer” and “bayegân” words, the word “Azerbaycan” has come into existence from the words “Hazer”, which is a tribe name, and “bayegân” which is Persian. Because Turkish does not have /h/, /?/ and /?/ sounds except for reflection words, /?/ or /h/ sounds in front of the word "?azer/Hazer", and the word “Hazer” has become “Azer”. With the removing of middle unstressed syllable, and the pronunciation of /g/ as /c/ by Arabs, the word “Bayegân” has become “baycan”. Historical development of the word is "Hazerbayegân>Azerbayegân>Azerbaygan>Azerbaycan" and means “the land of Hazar”. 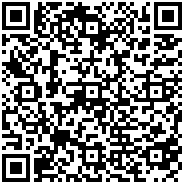