THE NOVEL ?MARRIED (MORIBER)? IN THE CONTEXT OF THE FOLK BELIEFS, FOLK NARRATIVES AND SUPERNATURAL EVENTS

The Novel named Married (Mor?ber) that written by Cengiz Aslan in 2011 has many information about folk beliefs and folk narratives. Events in the novel come true in Dersim region and the belief world of Dersim is shared with the reader. Faith to H?z?r, rituals carry out in the months of Ga?an and in the sacred areas, the snakes-oriented legendary beliefs are remarkable elements. On the other hand, there are some superstitions like not looking at the mirror in the evenings; not driking water when the sun's rays become a color between yellow and green. People also believe that people’s skin turns white with March rain, cuckoo brings death that is why people keeps cuckoo away from their house. The novel has many folk narratives about the deception of the world, pregnant womens, sheep and goat, Joseph and Solomon prophets ,“Cüyid”, “?ük and Kherr.” 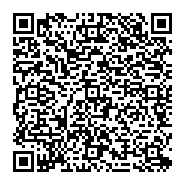