THE MEDIA-RELIGION RELATION IN THE CONTEXT OF CULTURE INDUSTRY, POPULAR CULTURE AND ALIENATION

Nowadays, it would not be wrong to claim that the media, religion, popular culture, culture industry and alienation and similar factors should be taken into account in studies or evaluations that are conducted with the effort of understanding the dynamics of social one. In this study, the relation between the media and religion was examined based on the assumption that the media is a variable that should not be ignored as an important tool in the religion-society relation by making use of the data related to the abovementioned concepts. In this context, first of all, the topics like communication, mass communication, culture industry, popular culture, alienation, the media, piety, which are considered to be the key elements in shaping the individual’s preferences and lifestyle, have been dealt with. Then, the television series that are at the center of the study topic as a basis, and the data obtained from theses series with Content Analysis, which are considered to be related to the above-mentioned concepts, were determined. In the conclusion part, the relation between the main themes that are discussed in the study universe and the fate understanding, the attitudes of the oppressive and oppressed characters in the face of events, and the ideology of daily life were interpreted; and inferences were made about the relation of religion and the media were made. 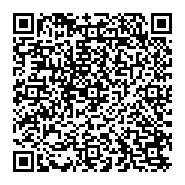