THE MEANING OF ?DHABT? TERM IN HADITH SCIENCE AND FUNCTIONALIZATION POSSIBILITY

One of the indispensable contradictive topics of hadith and fiqh methodologies is the topic of the haber or the reliability of the hadith. Reliability of a haber or a hadith firstly depends on the trustworthiness of the person who conveys it. Trustworthiness of the ravi conveying the haber depends on some qualifications s/he must has. One of the important criterions that ravies who conveys the hadith must have in terms of admittance or rejection of the hadith, and information value and reliability of the haith is the qualification of dhabt. Faults damaging the dhabt qualification of a ravi, lack of unity about acceptable tones of these faults and arguments which the matter of which of the ecoles are more reliable in this subject brings out are important matters which is must be determined in respect of the semantic field of dhabt term. Principals related to the dhabt qualification were treated and applied in the narrated period of the hadith history. The matter of whether there is a functionality of the dhabt term which is effective in admittance or rejection of the hadith and entitling it is a subject which must be dwelled on nowadays. In this article, cognitive analysis of dhabt word was made and meaning those traditionists, methodologists and the ?slamic jurists ascribe to this term was handled. As the method, analysis and comparison of dhabt concept from dictionaries and methods of related disciplines were made. Besides, some suggestions were made regarding in what way making dhabt term functional in today's hadith studies. 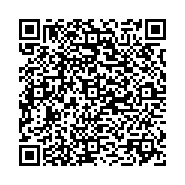