The purpose of this study is to investigate the relationship between empathy skills level and 6 year-old group children's level of emotional intelligence and the factors that affect it. The population of the study includes 206 children for 60 months and older in preschool education in official elementary school and independent pre-school in Çubuk, Ankara for 2014-2015 academic year, and their mothers. “General Information Form for Children”, "Sullivan Children's Emotional Intelligence Scale" and Sullivan Brief Empathy Scale For Children were used as data collecting tools in there search. As a result of research of the gender of the children, pre-school institutions and continued time to attend pre-school educational institutions in creating significant differences in the average emotional intelligence scores of the type, children's age and birth order did not create no significant difference was observed. Children, however, gender, age, birth order, pre-school institutions and continued time to attend pre-school educational institutions of the type of skills that did not create a significant difference in the average of the sympathetic was observed. In the result of research, it was seen that the positive relation between empathy skills and emotional intelligence of children. 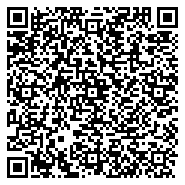