THE INFLUENCE OF THE 1909 ARMENIAN EVENTS IN ADANA ON THE PROVINCE OF ALEPPO: KIRIKHAN EXAMPLE

In this study the influence of the upheavals was analysed, which emerged as a result of the impact of the 1909 Armenian Events in Adana upon the area respected, on K?r?khan. The Armenian Events of Adana began on 14 April 1909. The events which continued for ten days uninterruptedly, soon took its effect in the settlements attached to the surrounding provinces. The events in K?r?khan, at that time a village of the Belen district attached to the Province of Aleppo, emerged with the influence of those witnessed in Adana. The event commenced after those in Adana and continued with events such as raid, burning, killing, raping. Besides the reinforcements sent to suppress the events that emerged in the area the Court Martial was established to search and punish those who are responsible and guilty. The people who had allegations about the events were judged in these courts. 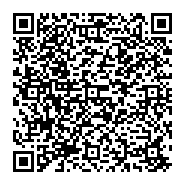