This study was conducted in order to determine mother attachment styles of children who are 60 months old and over having pre-school education and to analyze the relationship between their mother attachment styles and their level of emotional skills. In this context, within the academic year of 2015-2016, the research was carried out with 109 children who are 60 months old and over attending official primary education kindergartens and official independent kindergartens located in the centre of Çank?r? and with their mothers. In order to collect data in the study, “General Information Form ”, “ Close Relationship Inventory II ”, “Emotional Skills Assessment Scale” were used. The obtained data were analyzed by SPPS 22 package program. As a result of the research; it has been found out that 71.9% of girls and 59.6% of boys have a secure attachment style; mother attachment styles and emotional skills of children do not make a statistically significant difference according to the gender of the child. And also there is no significant relationship between Close Relationship Inventory II and emotional skill. Suggestions have been made in the light of findings obtained as a result of the research 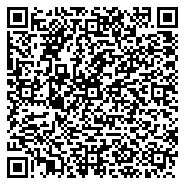