THE INDIGENOUS FACTOR IN THE ECONOMIC DEVELOPMENT OF OLD OGOJA PROVINCE OF NIGERIA, 1930 ? 1955

Old historiography often overemphasised the predominant role of colonialism in the socio-economic development of Africa to the neglect of the indigenous contributions. This study asserts that improvements recorded in the economic life of the people of Old Ogoja Province of Nigeria between 1930 and 1955, was to a much larger extent thanks to the initiatives of the people themselves than is generally recognized. The work posits that several community-based projects such as the building of roads, bridges and market centres, which were executed during the period of study, contributed to the upliftment of the people’s standard of living. The ingenuity of the people also reflected in the diversification of the local economy as evident in the production of a variety of food and cash crops such as yams, rice, poultry products, legumes, benniseed, cocoa and palm produce, among others. All these achievements which were mostly by the initiative of the indigenous people, had often been played down by earlier scholars. 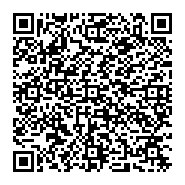