THE IMPACT OF THE FIRST IMPRESSIONS ON THE GENERAL PERCEPTION OF THE CITY: THE CASE OF G?M??HANE

Reasons such as the development of communication and transportation technologies, the widespread media, the prosperity, leisure time that arises due to change in production and working life, the widespread national and international visits as a leisure time activity and tourism becomes an important source of income for cities and countries increase the share of tourism in the economy. This situation creates a great competition among the cities aiming to get the bigger share in the tourism sector. This competition has increases the efforts of cities to become brand. Therefore, the establishment of tourism infrastructure and the publicity of the city are among the priority agendas of the local administrators. In this context, campaigns of advertisement and publicity about the material and spiritual assets in cities have increased. In terms of brand value, the fact that a city is in front of other cities is closely related to the positioning of that city. In this positioning, the process of welcoming the visitors is as effective as advertising and publicity the material and spiritual assets of the city. In this process, individuals create their perceptions towards urban according to experiencing. This paper deals with general perceptions about the city depended on the first impressions of those who visited the city for the first time. In this context, interviews were conducted with 345 people who passed through Gümü?hane or who visited Gümü?hane for the first time. According to the results of factor analysis, the first impressions about Gümü?hane were defined as "physical appearance", "intercity transportation infrastructure", "urban traffic" and "human behaviour". Regression analyses reveal that these first impressions are a significant and positive factor on Gümü?hane perceptions. In addition, the first impressions based on human behaviour are the most important factor affecting general perception towards the city. 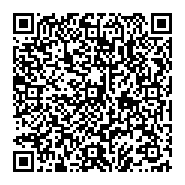