THE IMPACT OF THE DEVELOPMENT OF NANOTECHNOLOGY ON THE SPACE ECONOMY

Since the existence of mankind, with the struggle for survival in nature the struggle with each other, the competition, the effort to make its presence felt until the last, has begun to take a quick step from locality to globality with the existence of reason and logic. This fast-paced movement has shaped the world of thought and imagination and designed the present and future with the traces of the past. It is an unwanted truth to see that the needs are infinite and the increasing dissatisfaction is actually the end of human being’s own preparation. The effort of self- recognition, the increase of basic needs, the inadequacy of natural resources, and the uncontrollable ambitions have left their place to a very different image. The crazy projects developed by human beings in the 21stcentury science and technology storm that we are in have led to the investigation of the structure of human genes, the creation of digital information society and the emergence of nanotechnology which will create a “revolution” in every area. These technologies will set the stage for the “age of the space economy” and bring our world to a very different dimension, perhaps transcending the human imagination world. 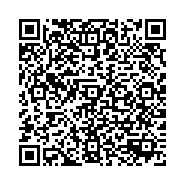