The impact of the constitutional amendments on Algeria?s position towards the Libyan

The article seeks to provide a scientific and critical reading on Algerian diplomatic behavior towards the ongoing Libyan crisis between the government of Tripoli and the military officer Khalifa Haftar, and their supporters from regional and international powers, especially with the suggestion to send the Algerian army out of its borders for deliberation. With systematic analysis of the data related to Algerian diplomatic activity through documented statements and statistics, the researcher has reached several conclusions. The most important of these is that Algeria is seeking political solutions, intensifying diplomatic efforts rather of military solutions and security approaches. Also taking a single distance from all parties, including international forces, which are intervening or seeking to intervene in Libya; public references in direct or indirect ways to the proposal to send an Algerian military force outside its borders with the consent of the United Nations, which constitutes proactive behavior against future military problems and is not exclusively linked to Libya's crisis. 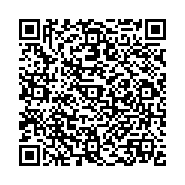