The aim of this study is to investigate the effects of psychological contract violations in hospitals on the formation of organizational cynicism. The study was applied to employees from different departments and different levels in two public hospitals in Konya province between 2 January and 10 February. The universe of the research was 313 people. The study was conducted on 200 employees who accepted voluntary participation in the study. In order to obtain primary data in this study; 5- point Likert-type "Organizational Cynicism Scale" consisting of 14 items and 5-point Likert-type "Psychological Contract Scale" consisting of 17 items were used. Cronbach Alpha coefficient was calculated for the sub-dimensions and total reliability of the scales. In addition, factor analysis tests, KMO, Bartlett Test, Principal Components Analysis and the Oblique Rotation Method (Direct Oblimin) were used. In order to determine the organizational cynicism and psychological contract levels of the participants and to examine whether these levels change according to the demographic variables, the suitability of the data for normal distribution was examined. Since the data did not have a normal distribution, differences between the groups were tried to be determined by using Mann Whitney U and Kruskal Wallis test. In the research, all findings were tested at p <0.05 significance level. In this study, correlation analyzes were conducted to determine the relationship between the perception of organizational cynicism and psychological contracts of healthcare workers and the sub-dimensions of these variables, the direction and severity of the relationship in question. Since the data did not have a normal distribution, Spearman’s rho test was applied for relationships. In the study, it was seen that the employees had the perception of violation of psychological contract. In addition, a negative and medium-level relationship was found between the organizational cynicism of healthcare professionals and the psychological contract. This study reveals the relationship of cynicism in the health sector with the psychological contract and reveals that more studies should be done on the violations of the psychological contract in the health sector 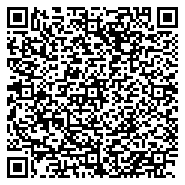