The low savings caused by the low income level leads to a low investment, which leads to a increase in unemployment, to a decrease in production and national in-come and due to decreased national income it is caused to an inadequate savings in a vicious circle over again. This vicious circle is causing emerging countries to struggle to finance themselves at the point of increasing their economic perfor-mance and growth. By way of this thought, in this paper, the relationship between the periodic changes of the banking sector total deposits and the periodic changes in macroeconomic parameters have been investigated in Turkey for the period 2002-2016 with two models. Mentioned in the OECD reports dated 2015; %75 of total household financial assets in Turkey is composing from currency and deposits as can be seen in Figure 1, so in this paper total deposits are thought as savings for Turkey. Data set and methodology were mentioned in part III. According to the results obtained; we claim that in Turkey Banking Sector, the effects of percentage changes of macroeconomic parameters are statistically significant on the percent-age change of total deposits. In model 1; the effects of IPI(Industial Production Index) and CPI (Consumer Price Index) are statistically significant according to Huber-EickerWhite robust estimator and Arellona-Froot-Rogers robust estimator. But related to Parks-Kmenta robust estimator only CPI and Export are resulted as significantly. Similarly in model 2; the effects of CPI,Import,Export are statistically significant according to all robust estimator. But related to Parks-Kmenta robust estimator GDP (Gross Domestic Products) is resulted as significantly according to 95 percent level of significance. In brief; in this paper we see that the periodic changes in the parameters of macroeconomic indicators effects the Banking Sector Total Deposits in Turkey sig-nificantly. 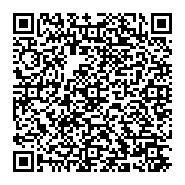