The concept of justice in the historical course of the history of philosophy, which it has always been one of the most important issues of both political and philosophy morality. This concept is so important to be sure of being very rich with its historical development and evaluation of many years lies in the subject area of philosophy. Because the concept of justice is a concept so that in both directions is also hosting the humanitarian aspect of the divine. In particular, the concept of the divine religions, man-God relationship to us a sense of divine justice, like human-human relationships has led the search to the right again on the basis of justice.Concept of justice in our research, especially by the ancient Greek philosophers (Socrates, Plato and Aristotle)in what way they understoodand their sense of justice on what kind of repercussions on Muslim philosophers whoaremostly free scientific research about the morality (Farabi, Ibn Miskeveyh Abu Bakr Razi, Nasreddin Tûsi) we will try to reveal their differences and similarity. 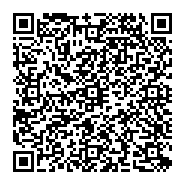