THE EFFECT OF POLITICAL ELECTION CAMPAIGN PROMISES ON VOTING DECISION: THE CASE OF BOLU 2015 NOVEMBER ELECTION

The aim of the political parties and candidates is to get the votes of the electors by persuading them through conveying their political promises in relation to what they will do when they come to power. To what degree these promises persuade the electors in voting and to what degree the parties coming to power realize their promises became an important subject of scientific investigation. The researches aim to reveal the features that the election promises should have. In the literature the studies on the election promise generally retrospectively concentrate on whether the promises have been realized or not. The aim of this study is to try to shed light on the effect of the promise on the electors in the campaign process through field research. Within this framework as a part of the empirical study a questionnaire was applied over 380 elector-samples in the central election region of Bolu. In the study it is seen that the electors were influenced by the promises emphasizing national security. 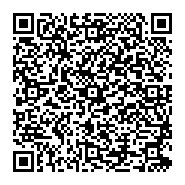