The purpose of this study is to compare the difference in work ethic and personality between the soviet and independence generations in Uzbekistan during the transition period. For the research purposes employees were divided into two groups of generations. The first group was the, so called “USSR generation” or “Soviet generation” or “elder generation”, people who were born before 1984, raised, educated, and worked during the post Soviet Union. The second group was the, so called “Independence generation” or “young generation”, people who were born after 1984, raised, educated, and working after the collapse of the USSR and the Independence of the Republic of Uzbekistan in September 1991. The research population consists of 240 employees working in the public and private sector of Uzbekistan. Two generations have answered the questionnaire about work ethic, personality and the demographic valuables. The research results were analyzed using SPSS 20.0 statistical program. Frequency analysis, descriptive statistics analysis, normality test, Cronbach's alpha reliability analysis, Spearman's rank correlation analysis, Mann-Whitney U test and Fisher r-to-z transformation were used during the data analysis. The results of the research study revealed there is no statistically significant difference in any of four components of Work Ethic (hard work, non-leisure, independence and asceticism) between generations. However, the results showed that Extraversion and Openness is significantly higher in the younger generation than in the older generation group. 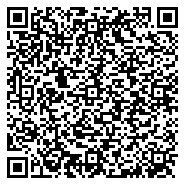