The word “Turk” is a term which gained its meaning through different definitions in different areas. This phrase in Turkey is used to refer to the society living within the Republic of Turkey and citizens of Turkish Republic. Today, the Turks living out of Turkey have gained characteristic features due to the geographical area they are in, the political structure of the area they live in, and disconnection with Turkey for ages, and their written literature, and changing customs. These factors led the Turks living out of Turkey to use the names of their clans as nation, not naming themselves Turks. As Turks, they accepted the people living in Anatoliaas people of the same race. However, there are some factors uniting these nations though they live in different regions. The Turkic tribes are in Historical Unity due to continuous nations they established; in Geographical and Cultural Unity due to the areas they expanded into, and spheres of influence, and in Language Unityin order to achieve communication. Thus, the Turkish language received its share as the most significant sign in the Turkish people’s struggle of existince. The language also migrated, and fought to continue its existence together with Turks who went through migrations, wars, and invasions. In order to get rid of the reflections of the assimilation policies, the societies living in Russia regarded as Russian Turks turned towards some changes through this unity ideal. The efforts in line with this language unity concentrated in Idil-Ural Region, Azerbaijan, led the revolutionary activities in Turkey. Hence, clearing foreign elements in the language prior to the Republican period, simplification of language, preparation of grammar workbook and dictionary, change or reformation in arabic letters, removal of spelling confusion are the matters which were emphasized during the period of rise of most nationalistic ideas through more conscious activites after Tanzimat (Tanzimat reform era), and still today are matters of discussion. In our study, the contribution of these developments which we will study through language and cultural dimension to the novelties in language in Turkey will be analyzed within this direction. 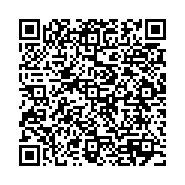