THE CONDITIONS REGARDING THE WOMEN?S CONVERSION TO THE ISLAMIC RELIGION (IHTIDA) DURING THE OTTOMAN RULE

The Ottoman Empire granted non-Muslims living under its rule freedom in every way, allowing them to worship and to take their oath in the court of justice according to their own religious beliefs. When the Ottoman Empire took over the island of Cyprus in 1571, the relationship between the administrators and the nonMuslims began. In this relationship, the Ihtida played an important part. In 1580, it was discovered in Sher’i register that there was no pressure to convert (Ihtida). In this study, the researcher analysed all the existing Nicosia registers for data collection. The results of the study showed that the number of people who converted their religion is actually different than the officially declared number. There is no big conversion difference found regarding non-Muslim men and women in the ihtida registers. It is therefore possible to say that the men and women converted due to similar reasons. According to some registers, one reason for the women to convert religion is to have a higher standard of living. Finally, it was found that the women used their right to convert almost as much as men did despite the church’s oppression. 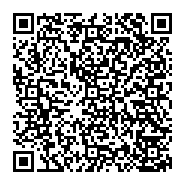