THE CONCEPT OF ?OTHER? AND OTHERISED GROUPS IN ARCHITECTURE

Within the scope of this article, first of all, the concept of “other” is examined from the perspective of various disciplines. Following that, the approach of Western Civilization to the concepts of “other” and “otherness” in different historical periods is reviewed. The concept of “other” emerged in humanities with Modernity. The groups and concepts which were labeled as other and diverged from the society in the context of Modernity are examined in the paper. Other subjects discussed might be listed as follows: the otherised groups by the young Turkish Republic with the aim of creating a new identity and the effects of this attitude in the mentioned period's architecture of Turkey in chronological order; the relationship between the concept of “other” and the “metropolis”, which changes dimension with globalization; the layers of global city shaped by the “other”. Also, the position of the "other" in architecture as an individual, the utopias and heterotopias as the spaces of the "other", and the "others” turned into architectural products are examined in the paper. Other subjects observed in this article are: the act of othering place and user as a part of marketing strategy, detaching the elements of local identity from their context and converting them into commodities and “patching” them to architectural product in the framework of globalization. This article examines the otherness situation which has a wide range with different dimensions and aims to discuss the potential of the “other” to become a multiplier rather than being a discriminator. 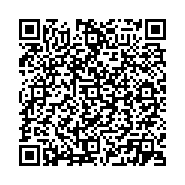